Board Swearing-In Ceremony/Farewell to Board Member Reid Myers

Home School Board Board Swearing-In Ceremony/Farewell to Board Member Reid Myers
0
By Alia Wilson School Board December 14, 2020

The Sunnyvale School District would like to welcome the newest board member, Isabel Jubes-Flamerich, to the board as well as the newly re-elected member Nancy Newkirk! They will serve a four-year term from 2020 to 2024.

Members of the board of education serve as liaisons between the Sunnyvale School District, our schools, and the community. They focus their efforts on representing the people of the district, providing leadership in the establishment of policies and guiding the governing of the school district in a manner consistent with the goals and purposes of the community and in accordance with the State Education Code.

The powers and duties of the Board include governance, executive, and judicial functions. Among its many duties, the Board adopts the annual budget and approves all expenditures; establishes district policy; authorizes employment of personnel; approves curriculum, textbooks, and courses of study; and makes decisions on all contracts. 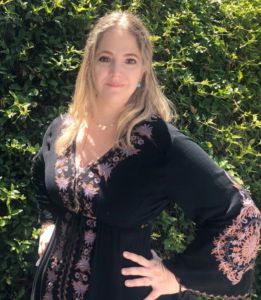 Isabel Jubes-Flamerich is originally from Venezuela. She is an American citizen, mother of two American-born sons, who have been students of the Sunnyvale School district throughout their school career.

Isabel is an educator, a community volunteer, a designer, and a green building professional. She is committed to being the voice of diversity, a great listener, and an advocate for equity and fairness.

She earned a bachelor’s in architecture and a master’s in environmental design, among other studies. She is currently an instructor in architecture at West Valley City College and have worked designing and building a greener world locally and abroad for many years.

Over the years, she has played many roles, but she says the parent role has been the most important by far. She has two children; both have been students of the Sunnyvale School District their whole school career. 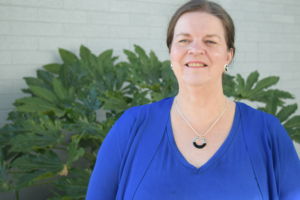 Nancy Newkirk has lived in Sunnyvale for 36 years. She received a bachelor’s degree in nursing from the University of Florida and was trained in early childhood education. She holds a credential in Family Development. She previously served as a Master Teacher at the Ohlone College Lab Preschool Program for three years and as Head Teacher with HeadsUp! Child Development Center in Palo Alto for two years. She volunteered as a First 5 Family Ambassador in Sunnyvale, a youth bowling coach at Homestead Lanes, and as a Music for Minors Docent. She is a member of the Sunnyvale Collaborative for Healthier Youth and Safe Routes to School Advisory Committee.

She is a Santa Clara School Boards Association District Representative and is active on the Hoffman Awards and Legislative Advocacy committees. At the state level, she has completed the California School Board Association’s (CSBA) Masters of Governance Program. She has also served on Delegate Assembly and CSBA’s School Health Advisory Committee Conditions of Children Obesity Task Force. Currently, she participates in the Equity Network.

In 2011, she served on the Yes on Measure B steering committee, which advocated for a parcel tax that would bring $1 million annually to the district for seven years.

Ms. Newkirk first served on the Sunnyvale school board in 1995.

Board member Reid Myers is stepping down after 9 years of service. She has been an active and passionate community volunteer and a Sunnyvale school board member since 2011. She has served as the Clerk of the board as well as Vice President and President. She is a former PTA President with professional experience ranging from managing million-dollar advertising budgets to leading the name change and re-branding of a global company.

Reid is the founder and leader of the Cumberland South Neighborhood Association in Sunnyvale, and she facilitates quarterly meetings of neighborhood association leaders across the city. She was co-chair of four successful campaigns to secure much-needed funds for the Sunnyvale School District during a time of difficult budget cuts.

She has volunteered in the classroom for Project Cornerstone, volunteered with the Juntos program at San Miguel, helped with food distribution during Covid, co-led the superintendent search, and volunteered with the Sunnyvale Education Foundation organizing TB testing of other volunteers, fundraising, and running a booth at the annual State of the City event. Reid has presented twice at the CSBA Annual Education Conference, once on Project Cornerstone and social-emotional wellbeing, and once on equity and supporting our LGBTQ students.

She has represented our district at the Department of Public Safety’s Challenge Team meetings for the past 9 years. She has worked with the city on Unity events, the art task force, rebranding, the hiring of the police chief, the Citizen’s Advisory Committee for the voter’s rights act and has been a part of State Assemblyman Rich Gordon and then Assemblyman Marc Berman’s education task force.

Reid has a BSBA from the University of Arizona in Marketing, and an MBA with honors from San Jose State. She lives with her husband, son, and two dogs in Sunnyvale. Her two children are graduates of SSD schools.

Thank you, Reid, for your 9 years of service!!!